Kamov design bureau was established in late 1940s after successful demonstration of single engine ultra-light Ka-8 type and its improved derivate Ka-10, which was maiden flown on 30th of August 1949.

Both were rather experimental types used for exploring of options how to utilize the helicopter and the latter one was adopted by the Soviet naval aviation into the regular service. Due to small dimensions and small footprint given by coaxial rotors Ka-10s were for the first time deployed on Soviet Navy vessels and gave to both Experimental design bureau OKB Kamov and Soviet Navy valuable expertise with maritime helicopter operation. In total four helicopters were test flown by the naval aviators with following order for ten serial ships. However, due to uncovered cockpit both types were really limited in its operational use and it just gave the background for further helicopter design for Kamov. The following Ka-15 type, maiden flown for the first time on 14th of April 1953, was a real success for the company as enclosed cockpit allowed all weather operation. Also the helicopter performance with twin seat cockpit allowed for the first time to carry on board a mission equipment, which made the helicopter a true multipurpose platform instead of just transport mean. The type was widely adopted by the Soviet Naval Aviation as well as many state organisations including Aeroflot national carrier, fishing fleet, postal service or various agricultural organisations. It was for the first time when Kamov helicopter carried weapons as trio of Ka-15M variant helicopters was designed for “search and destroy” missions against enemy submarines. One helicopter carried on board ASU-15M sonar and acoustic buoys RGB-N, the second one carried receiving unit SPARU-55 while the third one was real attack configuration with depth charges. The reason why three helicopters were used was the limited maximum load weight of the type. Between 1956 and 1965 in total 351 production helicopters were completed at Ulan Ude aviation plant. The following Ka-18 derivate with more bulky cabin was mostly operated by civilian operators including medical service with total of 111 helicopters manufactured till 1972. 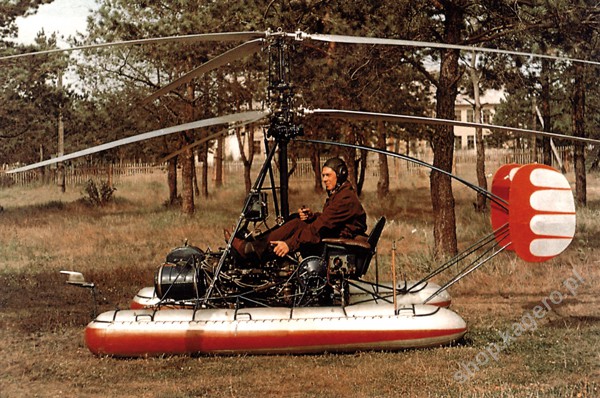 In the beginning of 1960s Kamov finished the Ka-22 compound helicopter, which lost the state competition to much more successful and conceptually less demanding Mi-6 heavy weight type. In the history of Kamov company it was first loss to its main rival, Mil helicopter plant. Mi-6 was one of the first helicopters in the world powered by a new engine of turboshaft type and clearly showed the future path of helicopter design. Kamov well recognized the potential of new powerplant type and on 26th of April 1963, after five years of development, a new medium size helicopter called Ka-25 was test flown for the first time. It was much larger than Ka-10 or Ka-15 and was equipped with very modern avionics including so sophisticated system such as automatic stabilisation system allowing hovering on selected position. 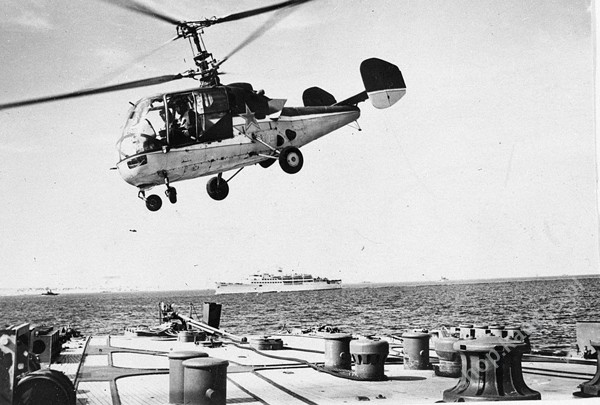 The Ka-25 was basically built around special anti-submarine equipment as it was intended primary mission of the type. It was for the first time the helicopter was capable of target localisation, tracking and destroying. When compared to Ka-15M it brought to the Soviet Navy a substantial capability of submarines detection. Later special target navigation, NBC reconnaissance and rescue variants were introduced. For example the Ka-25Ts variant was intended for target search and acquisition with subsequent hand-over of data to regular anti-submarine Ka-25PLs. It was for the first time in naval aviation when a special “scout” helicopter was used for localisation of targets to be destroyed by special anti-submarine types. Each Ka-25PL was capable of target localisation, but the Ka-25Ts was equipped with more powerful radar and better operation centre allowing longer range detection. In total 460 helicopters were manufactured at Ulan Ude manufacturing plant with some being exported to friendly countries. 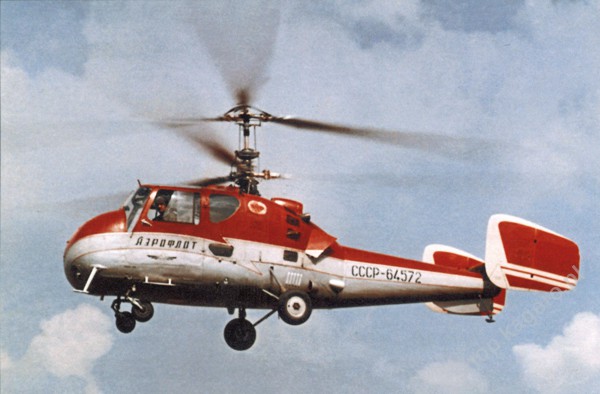 Kamov gained incredible lesson learned from delivering helicopters to demanding naval aviation service. Generally we can say, that in despite of many service problems, Kamov helicopters were due to its advanced on board equipment much more capable than its ground counterparts made by main rival, the Mil design bureau. Ka-25 really established the OKB Kamov as an innovative helicopter manufacturer able to master advanced technologies such as datalink transfer or automatic flight stabilisation and target surveillance. In the same time Kamov introduced also multipurpose civilian Ka-26 light type, which was one of the most successful types in the company history with very wide operation of 832 manufactured helicopters both in military area for transport, but even more in civilian environment. This type helped to stabilize the company with parallel civilian production line.
In 1966 Kamov design bureau, still heavily influenced and informally led by N.I. Kamov, decided to participate in a state competition for a new attack and transport helicopter. It was soon clear only two candidates are under consideration. Mil offered V-24 concept, later known as Mi-24 Hind, and Kamov presented Ka-25F variant of anti-submarine Ka-25PL base model. From the design point of view it was more or less a new airframe with different shaping, but using the existing tail part and complete dynamic system. In the front part there were seats for pilot and weapon operator. Behind them there was a cabin for 8 fully equipped troops. The armament was better than the one with Mil´s type as it relied on GSh-23 twin barrelled 23 mm cannon located in a rotating turret under the nose, up to six UB-16-57 FFAR rocket blocks with total of 96 rockets and up to six 9M17 Falanga ATGMs on hardpoints on the sides. The guidance was similar to the one later introduced on Mi-24 with SACLOS type of guidance for ATGMs. 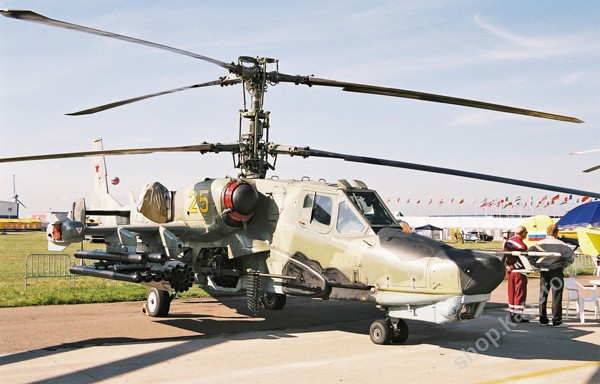 Although the Ka-25F promised avionics was much more capable than the one with Mi-24, state commission cleared for further design only Mil´s type. It was again a huge lesson learned for Kamov, who was framed in a position of naval helicopters supplier and failed to penetrate the ground based helicopters market. This lesson learned motivated Kamov team to work even harder. During one of debriefings in the company the Ka-25F project was named as “not advanced enough and not bringing substantially a new level of technology”. In late 1960s Kamov proposed another attack type of brand new concept called V-50. It was a twin tandem rotor helicopter used again both for ground attack and transport of troops. The man behind this idea was I.A.Erlikh, designer previously responsible for Yak-24 “flying wagon” tandem rotor type who joined Kamov after Yakovlev design bureau focused on fixed wing aircraft only. The V-50 helicopter had tandem cockpit for pilot and weapon operator with large stub wings on the front part carrying four hard points. The expected maximum flight speed reached 400 km/h, which has exceeded the flight envelope of all flying helicopters at that time. It worth noticing the type was really huge with transport capacity for some up to 18 soldiers. However, in despite of large effort of OKB Kamov management the concept was not accepted. In the beginning of 1970s Kamov proposed one more design called V-100. It was very futuristic side-by-side rotor helicopter with pusher propeller powered by two turboshaft engines. By the way, the concept was quite close to one of original configurations of attack helicopter designed by Mil bureau (concept later changed to Mi-28). Such helicopter was promising very good performance with great payload options due to location of hadpoints under the centre-of-gravity. However, it was again rejected no matter the concept was feasible and clearly offered much more than existing Mi-24s. 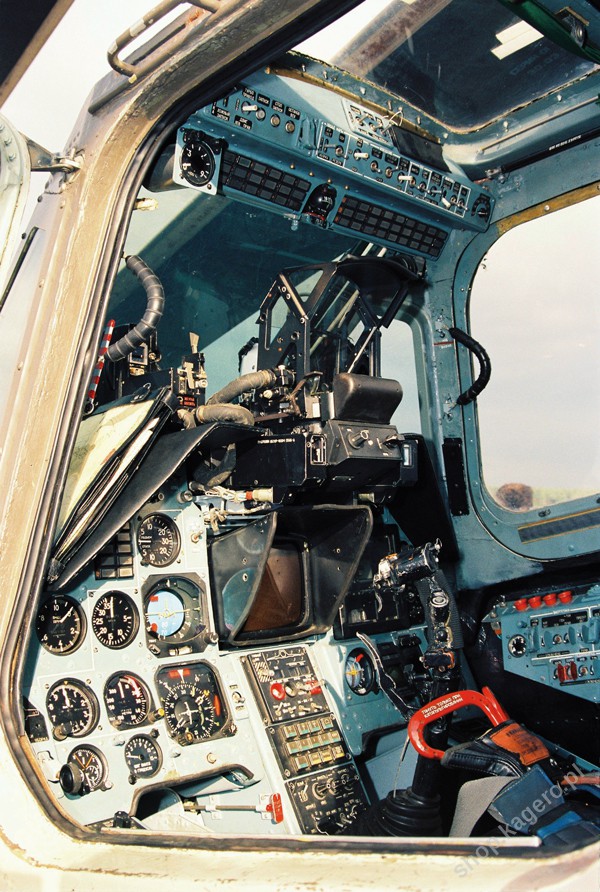 In the same time Kamov has finished and introduced the future star of the company, Ka-27 anti-submarine type. The maiden flight took place on 24th of December 1973. Again this helicopter was much better equipped than any ground based counterpart, mainly due to its advanced all weather autopilot and stabilisation system. For example the on board Initsiativa 2K radar was capable of 360° search within less than 30 seconds with automatic detection of targets and surveillance. The anti-submarine helicopter is as well equipped with VGS-3 dipping sonar, APM-60 magnetic anomaly detector plus sound buoys. The advanced anti-submarine system is independently evaluating data from sensors and indicating place of following sonar dipping for best area coverage. The Ka-27 helicopter features four axis autopilot coupled with anti-submarine system able to perform the detection spot relocation plus hovering fully in automatic mode. Acoustic buoys allow to cover area of 2000 km2 with expected cooperation with other helicopters in the group including mutual sharing of target data. 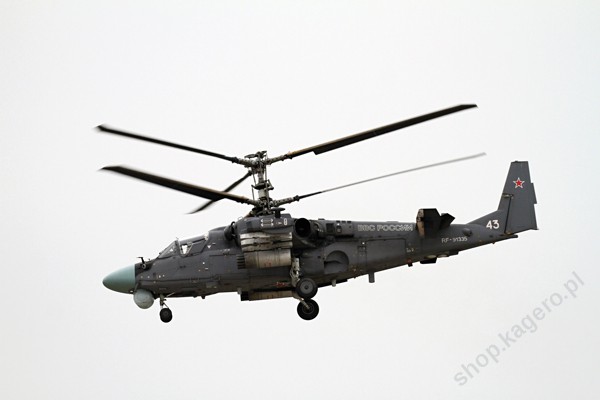 Gloster Gladiator Mk I and II Contact! There they were, a curiously lopsided Squadriglia of...