SMS Emden light cruiser was built by Kaiserliche Werft Danzig dockyard (nowadays Gdańsk in Poland). The construction process began in 1906, the launching of the ship took place on 26 May 1908

Together with SMS Dresden, she belonged to Dresden protected cruiser class. 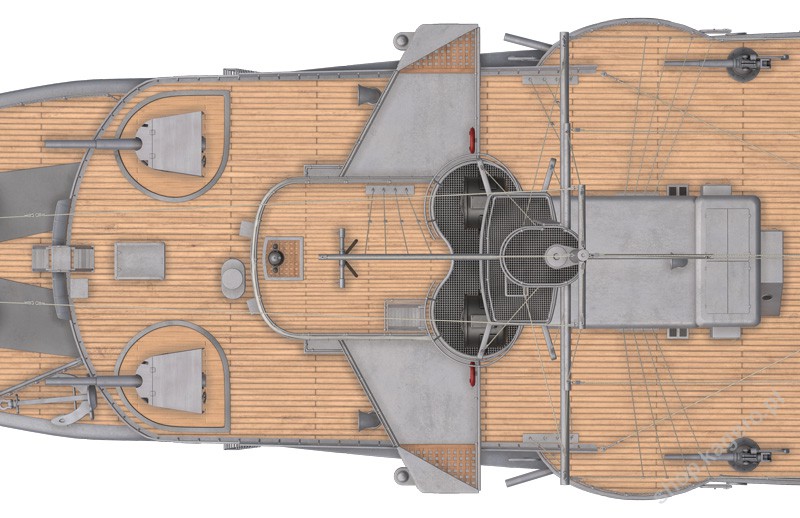 SMS Emden was put into service on 1 April 1910. Eleven days later she was sent to the German colony Qingdao (Tsingtao) in China. The destination was reached on September that year. There the ship was incorporated into German East Asia Squadron. In 1913 Lieutenant-Commander Karl von Müller took command of the ship. He was soon promoted to the rank of full Commander. 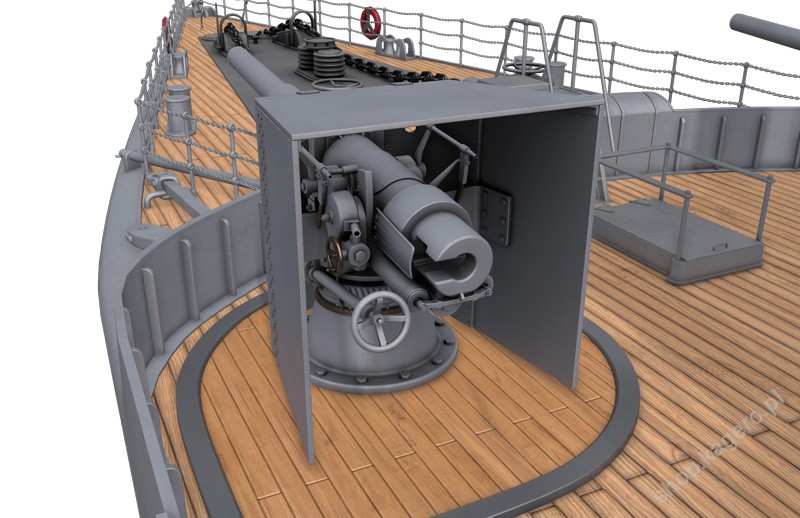 In July 1914 SMS Emden was the only cruiser which remained in so called German East Asian Station. On July 31 1914 she put out to sea in order to combat the Allied shipping and headed for the Strait of Korea. In this area, thanks to the contribution of SMS Emden, the Russian steamer Ryazan was captured by the Germans and then escorted to Qingdao. After a refit she was enabled to serve in the German navy as an auxiliary cruiser. 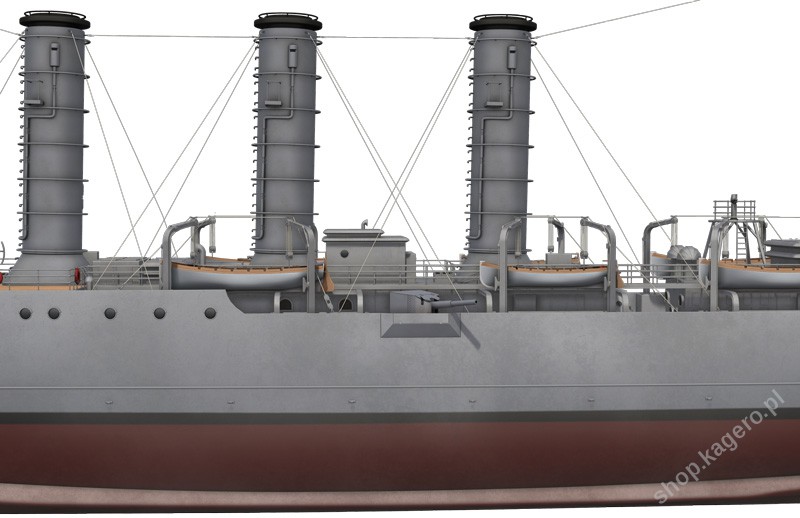 On 12 August that year SMS Emden joined the East Asia Squadron in Pagan. Two days later she went to the area of trade routes in the eastern part of the Indian Ocean. Over the next months the ship gained and sank a few another Allied ships. At that time, she was constantly hounded by a Royal Navy unit consisted inter alia of HMS Yarmouth and HMS Hampshire cruisers, HMS Minotaur armored cruiser as well as Japanese light cruisers Chikuma and Ibuki and the Russian light cruiser Zemtschug. 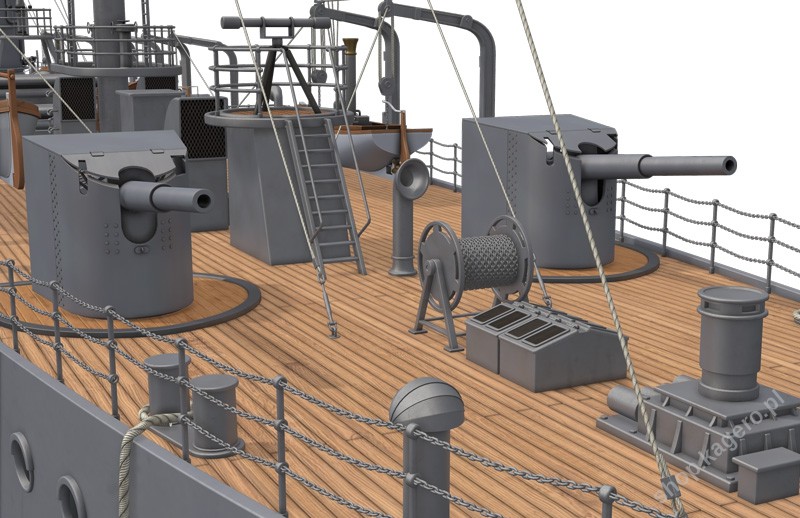 On 22 September 1914 SMS Emden shelled British fuel tanks in Madras, India. At night from 27 to 28 October, SMS Emden, unrecognized by installing an additional fourth chimney, without any problems entered the port of Penang in Malaysia and opened fire on the Russian Zemtschug cruiser, sinking it. Another victory gained by the ship was the French destroyer Mousquet sank by the Germans during the pursuit. 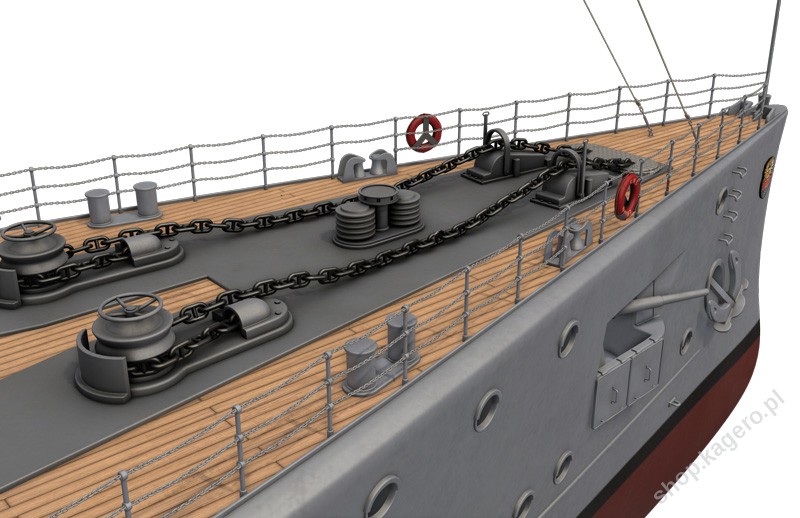