Hōshō was the first Japanese naval vessel designed and built as an aircraft carrier, although some claim the ship was merely adapted to the aircraft carrier role, rather than built as one from the outset.

Whatever the case, it is quite clear that at the time of Hōshō’s design and construction there were simply no other ships of that class that could serve as a blueprint for her development, which makes the issue of the vessel’s original role irrelevant. The idea to use a tanker as the basis of an aircraft carrier made perfect sense as at that time aircraft had relatively low speeds, but required a lot of hangar space. Combining empty, spacious tanks used as hangars with a straight flight deck on top of them resulted in a design that could be considered an aircraft carrier. Issues that still needed to be resolved included launch and, more importantly, recovery of fixed landing gear aircraft. At the time of her construction Hōshō appeared to be a sound and solid design. However, her designers lacked the foresight to consider rapid advancements in aircraft performance and airborne weapons technology, which resulted in faster, better armed and, most importantly, heavier designs being introduced virtually every year. Perhaps the best way to illustrate this is by comparing performance data of aircraft built between 1905 and 1920 with those in service at the beginning of World War II. When Hōshō was built she fulfilled all the requirements of an aircraft carrier of the time, but as the years passed the ship quickly became obsolete and ill-suited to accommodate new aircraft types. 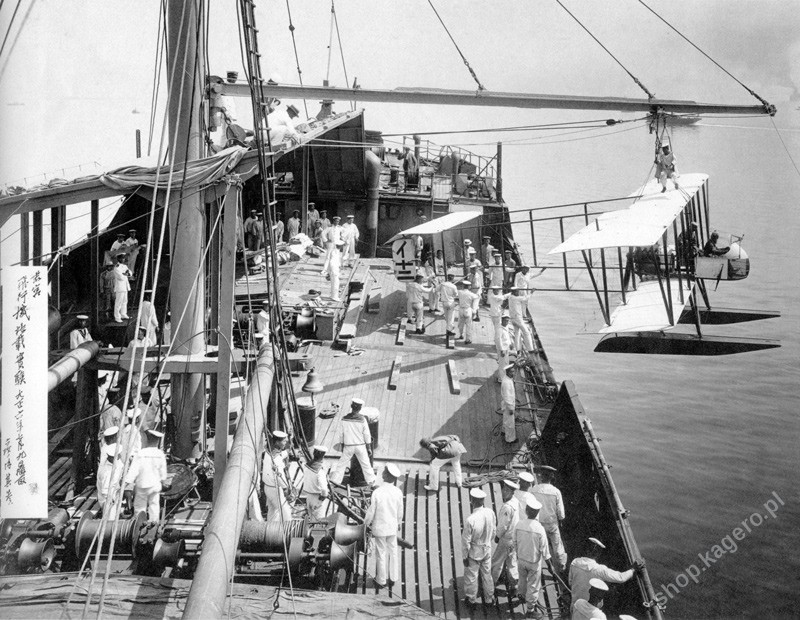 The Japanese decided to postpone the construction of a full-fledged aircraft carrier, since they did not believe it could be achieved within the tonnage limitations imposed on the Empire by the Washington Treaty. At the same time they hoped that an opportunity to bypass the cap would present itself sooner or later. And indeed it did when the London Treaty was signed on April 22, 1930. Although the Japanese delegation came under heavy criticism for failing to secure significant gains during the negotiations, they nonetheless managed to get their foot in the door when it came to aircraft carriers. The existing limit of 81,000 tons remained unchanged and the maximum displacement for a single aircraft carrier was set at 10,000 tons. 15.5 (6.1 inch) guns were also accepted as the ships’ main armament. At that time Japan’s tonnage in that class of warships was as follows: Akagi, Kaga and Ryūjō accounted for 60  900 tons, which left 20,100 tons of disposable tonnage to be used for construction of two vessels, each displacing 10,050 tons. An additional bonus was exclusion of Hōshō from tonnage limitation, as she was considered an experimental design displacing less than 10,000 tons. Following the signing of the London Treaty Japan’s defense plans and the ranking of potential enemies underwent significant changes. In October 1930 the Navy’s General Staff, dominated by conservative, Tsushima era admirals, presented their plan for the “decisive battle”. The concept required authorization for construction of new classes of warships and allocation of necessary funding in the upcoming budgets. It must be remembered that the Washington Treaty signed in February 1922 put the Empire at a disadvantage compared to the United States, which contributed to Japan’s determination to even out the playing ground. Subsequent disarmament conferences in Geneva and London did little to improve the Empire’s situation and kept the scales firmly tilted in favor of the United States and Great Britain. As a result, the Japanese made plans to build a fleet of merchant vessels and passenger ships, which could then be quickly converted into aircraft carriers or landing craft. Under “The First Shipbuilding Improvement Program” a future fleet of merchant vessels totaling 300,000 tons was earmarked for conversion to military use. The program called for all vessels displacing 4,000 tons or more and capable of at least 13.5 knots to be built in compliance with special structural requirements, which included strengthened fuselage structures and elements of internal design allowing future installation of weapons or conversion for military roles. The technical instructions were forwarded to the Shipbuilding Sections of Transport Ministry and Army Ministry in Tokyo, Fourth Section of Navy Technical Department and to the shipyards where merchant vessels were built. The next step was to be conversion of other classes of warships to aircraft carriers. This part of the program was outlined in a shipbuilding program of 1933 (Showa 8 Nendo Tsuika Keikaku), which called for the construction of a submarine tender Taigei (Sensuibokan) at an estimated cost of ¥ 11,948,600. The project was referred to as “Basic Design No. J-7” and included provisions for the ship’s conversion into a medium-sized aircraft carrier displacing 10,000 tons and capable of a top speed of 20 knots. A year later “The Second Naval Armaments Supplement Program” (Dai Ni Ji Hojū Keikaku) was approved, which paved the way for the construction of aircraft carriers Sōryū and Hiryū.

The London treaty included an interesting clause allowing all signatories to equip 25 percent of their cruisers tonnage with aircraft landing platforms or flight decks. The first to make use of the clause were the Americans, who promptly set to work to produce a hybrid aircraft carrier/cruiser design. The Japanese followed suit and in 1932 the Navy General Staff (Gunreibu) approached Kansei Honbu’s design bureau with a request for a feasibility study of building a similar type of vessel. The preliminary plans that soon emerged (in the second half of 1932) classed the new design as an aviation cruiser (Kōkū-junyōkan). The document presented two variants of the future vessel, both capable of a top speed of 37 knots. The first variant measured 225.55 m in length (740 ft), had a beam of 18.29 m (60 ft) and draft of 5.49 m (18 ft). The projected power output of the ship’s machinery was 150,000 HP. In the second version the ship was to be 221.28 m long (726 ft), with a beam of 18.29 m (60 ft) and draft of 5.49 m (18 ft). As in the first variant top speed was estimated at 37 knots with the power output of 150,000 HP. The breakdown of weight at two displacements (10,000 tons and 7,100 tons) is presented in Table 1. 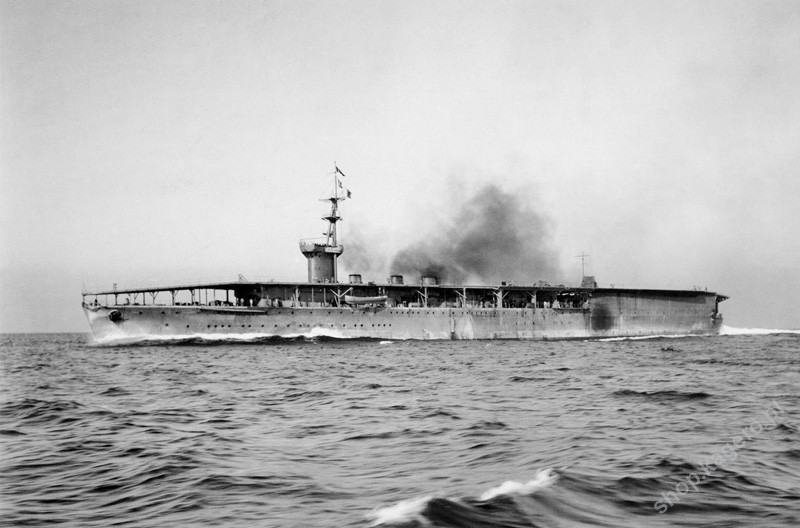