She was initially being built as a battleship, but as a result of a coincidence she became…

After a daring attack on Pearl Harbor followed by a series of further victories there was a reversal during the battle of Midway, when Kaga and three accompanying carriers were destroyed which ultimately buried Japan’s chances for winning the war.

On 2 June 1919 the Japanese Committee for Defence of Japan along with the Council of Ministers accepted the plan of construction of four battleships, four battlecruisers and smaller vessels during 1921 – 1928. The acceptation of the project was a bit postponed. In June 1920 the Parliament passed the program of completion of the “8-8 fleet”. Among the planned 103 vessels of various classes the most important were eight battleships and eight battlecruisers. Two carriers were also planned. The first of them was to be ordered on 2 March 1921 and named Shōkaku and the other one – not named yet – was to be ordered a year later. 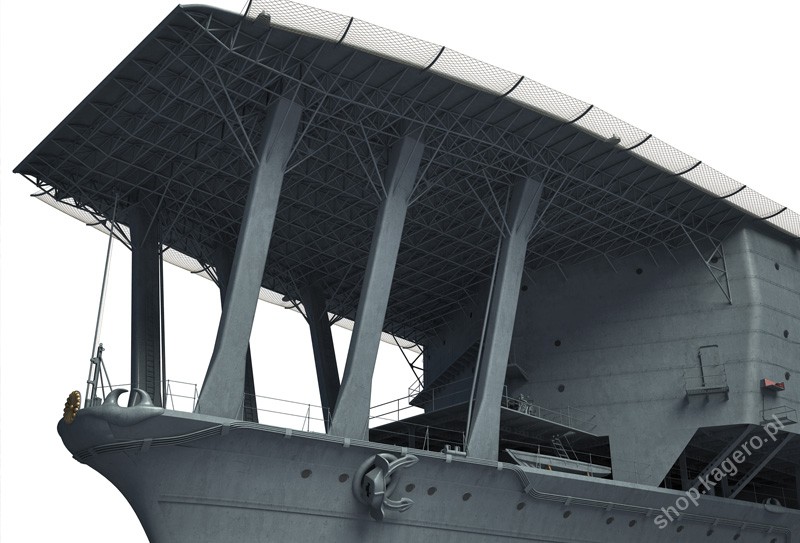 As a result of the accepted project on 19 July 1920 the battleship Kaga was laid down at the Kawasaki shipyard in Kobe. She was named like all other Japanese ships of that type, in honor of a former province. On 6 December 1920 the battlecruiser Akagi, ordered a year earlier was laid down at the Naval Shipyard in Kure. Until 1921 the Americans did not know the details of the Japanese plan of the development of the fleet. After having collected information about the beginning of the construction of the new ships by the US intelligence, apprehension about the rising position of the Imperial Japanese Navy in the Pacific arose on the West. On 10 July 1921 the US Secretary of State Charles E. Hughes sent the invitation on behalf of the United States for Japan to participate in a conference about naval disarmament. Apart from the US and Japan the governments of Great Britain, Italy and France were to take part.
Great expenses for arms contributed to quite quick acceptance of the offer by Japan. The positive decision about participation was sent back even in that month. Japanese financial and liberal circles sought in the conference a chance of reduction of the expenses for the development of the fleet. However the military circles were skeptical about the plan of the conference. They claimed that the United States and Great Britain wanted to block Japanese plans of development. 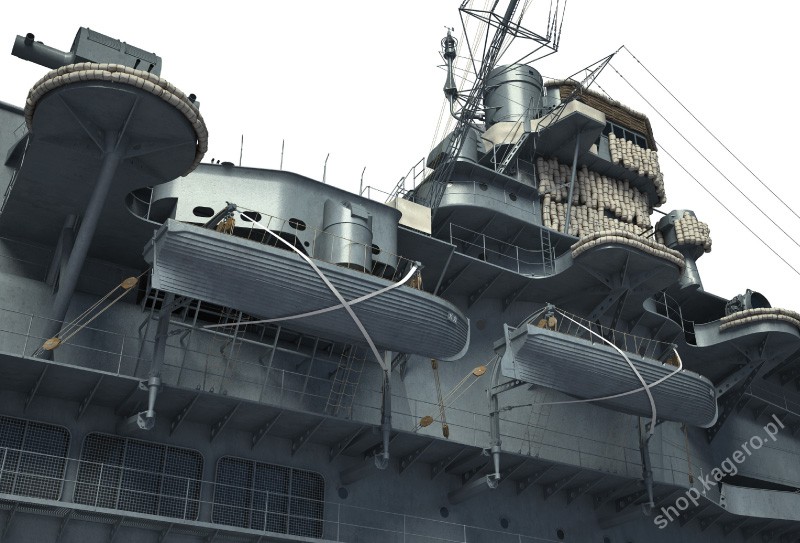 The implementation of the “8-8 kantai” became more expensive than it had been expected. Only in 1921 the expenses for the extension of the fleet increased by more than 30 per cent than it had been planned. In mid 1921 there was a breakdown on the Japanese stock exchange. Consequently the increasing discontent of the society caused a wave of strikes. Shipyard strikes continuing through July and August and unfavorable conditions of steel import led to several month delay in work on the sister battleships Kaga and Tosa. Unrest in the nation was increasing. Never before had the Japanese society been so financially burdened by the state. As a result of bad mood of the public Prime Minister Hara was stabbed to death on 4 November 1921. In face of these facts it was decided to take part in the conference. 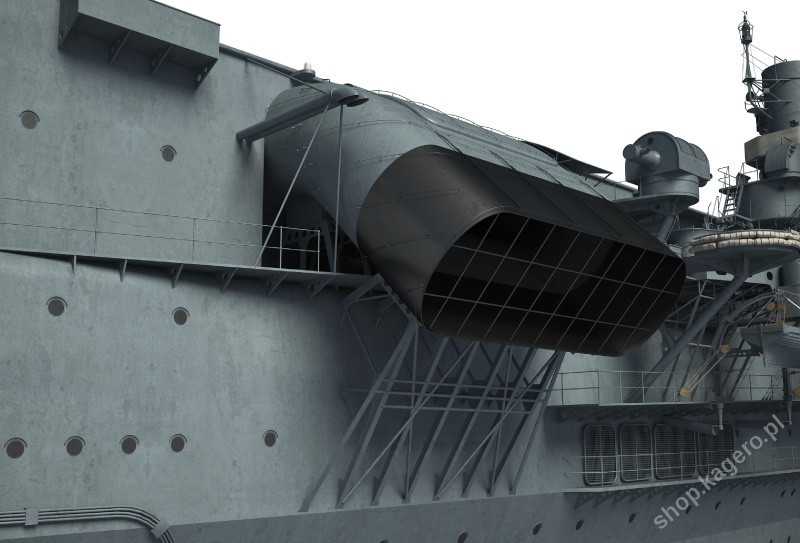 The Washington Naval Conference began on 12 November 1921. The debate was commenced by the US President Warren Harding and the initiator - Charles Hughes was elected the chairman. The Japanese party was represented by the Navy minister admiral Tomosaburō Katō and the delegate to naval conferences, vice admiral Kanji Katō. Before the start of the conference the Americans had a ready project of the treaty – the debate itself was to elaborate the details of the agreement. Initially the scrapping of 66 vessels of the nations taking part in the conference was envisaged. The Japanese fleet was to resign from the battleships and battlecruisers the construction of which had not started yet. The Japanese would also have to scrap five vessels of the total tonnage of more than 200,000 tons, i.e. the battleship Mutsu, not launched yet battleships Tosa and Kaga and two battlecruisers “Atago” and Takao. Additionally Japan would have to get rid of all predreadnoughts.

According to the project of the agreement all nations participating in the conference would oblige themselves to restrain from building new large vessels. The replacement of decommissioned vessels with the new ones would be the exception. 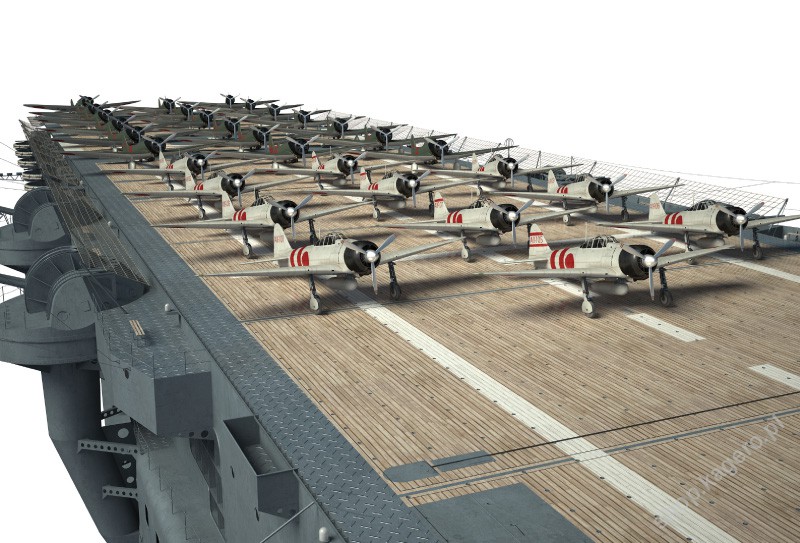 On 15 November the representatives of the delegations initially accepted the proposals presented by Charles Hughes. Japan opposed only to too large disproportion between the tonnage of its fleet and those of the American and British fleets. The Americans proposed the division of the displacement of the ships in proportion of 10:10:6, while Japan proposed 10:10:7. The Japanese could have consented to the American proposal under the condition of being granted permission for continuation of the construction of the battleship Mutsu.
On 15 December the nations participating in the Washington Naval Conference reached the agreement about heavy ships. A few days later discussion about the carriers began. Limits for respective fleets were established: 80,000 tons for the USA and Great Britain each and nearly a half less – 48,000 tons for Japan. As a result of protests these numbers were increased to 81,000 tons for Japan and 135,000 tons for the USA and Great Britain each. Japanese vice admiral Katō claimed that Japan needed three carriers of maximum permitted by the treaty displacement of 27,000 tons for defence. The proposed limit of 48,000 tons would enable the construction of only 1.5 carriers of the maximum permitted displacement. 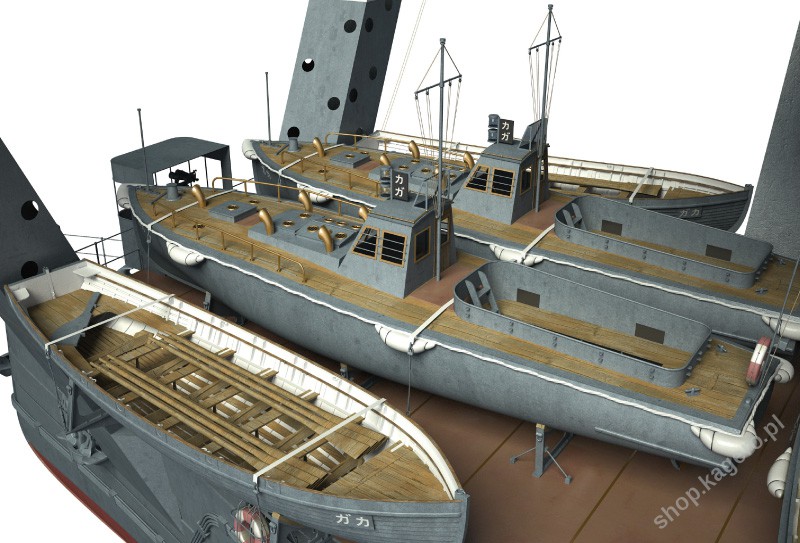 The treaty was signed in its ultimate form on 6 February 1922 by five nations: the USA, Great Britain, France, Japan and Italy. It was ratified in August of that year and was to be in force until 31 December 1936.
As early as in February the construction of the Akagi and Amagi and battleships “Kii” and “Owari” was ceased in Japanese shipyards. In summer of 1922 the hull of the Kaga battleship was being prepared to scrapping. In March of 1923 it was decided to convert the battlecruisers of the Amagi class, completed in 40% to aircraft carriers in exchange for the resignation of the construction of carriers of the displacement of 12,500 tons from the “8-8” plan. It was in compliance with the stipulations of the Washington Treaty. However, only the former of the ships was rebuilt. During a great earthquake in Tokyo in September of 1923 the hull of Amagi was severely damaged at Yokosuka shipyard. The reconstruction was uneconomic and in April next year the ship was written off. On 13 December 1923 a decision about the replacement of the cruiser Amagi with the hull of the battleship Kaga was made. Work on the carrier began only in 1925, after the completion of the conversion plans and the reconstruction of the Yokosuka Naval Yard which was to complete the construction of the ship.
On 31 March 1928 the construction of the carrier was officially completed. The sea trials began. Kaga was commissioned on 30 November 1929.

Discount code D3P52C. This code authorizes to order of book from a 20% discount in the online store www.shop.kagero.pl. The code should be entered in cell of "Coupon code"  in the basket of your order. Valid until November 1st 2015