Analysis of the destruction
The damage of the Arizona was shocking. The explosion and then the fires completely demolished the bow section at one-third of her length, from frame 10 to 70.

Both sides in front of the main battery gun Turret 1 were ripped apart, causing the decks and both forward turrets to collapse a few metres down. The foremast and superstructure up to frame 85 also collapsed forward. The ship went down within nine minutes, resting on a muddy bottom of the harbour. The fires were consuming the wreckage for two more days. 1177 seamen of the battleship’s 1512 complement were killed.
Almost immediately after her sinking, both specialists and hobbyists began discussing the cause of her destruction. Initial damage reports prepared shortly after the attack, indicated that the Arizona was hit by as many as eight bombs. According to the Japanese data, their pilots managed to score only three or four hits. The latest American analyses and research, supported, among other things, by computer simulation of the bombardment, including bomb trajectories and their impact location, indicate that the Arizona was hit by only two bombs, one of which decided her fate, as it had already been described. 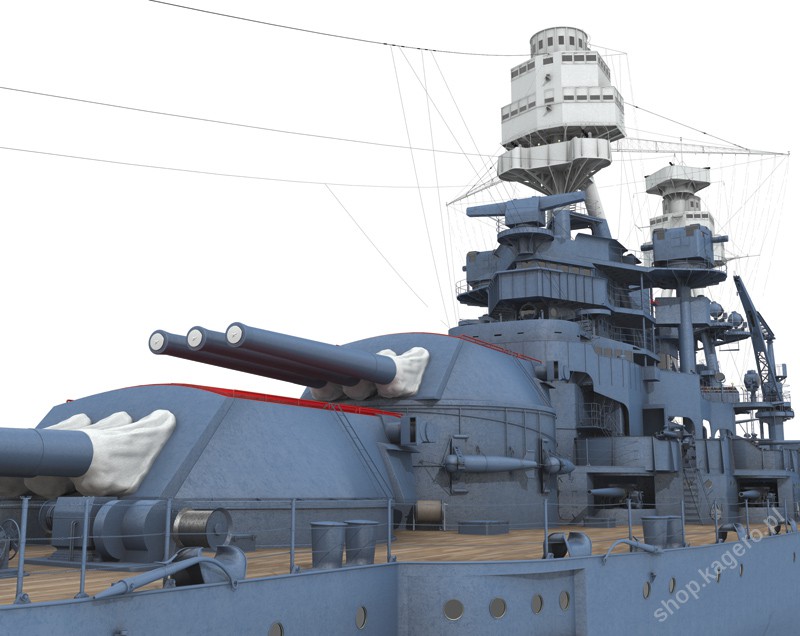 The earlier reports claiming that the battleship was hit by one or even two torpedoes were also dismissed. As early as in 1942, the U.S. Navy divers examined the sunken wreck, after pumping tons of sediments from her hull. Both the wreck analysis and the Japanese report of the attack, which clearly stated that neither the Arizona, nor the Vestal had been the target of torpedo bombers, allowed to rule out the possibility of torpedo hits. The columns of water rising up in the air described by some witnesses, including the commanding officer of the Vestal, Commander Cassin Young, as torpedo hits were in fact the result of two bombs falling in short intervals into the water between the Arizona and the Vestal and probably exploding. Moreover, the torpedo explosion in close proximity of the Vestal would have caused visible damage to her port side, which was not the case. The dive bombers of the first wave did not attack the battleships either.

The inspection of the wreck, supported by the computer simulation of the bombs trajectory and hit locations, as well as the footage recorded during the attack from the deck of the hospital ship USS Solace (AH-5), made it possible to dismiss the theory of one or even two bombs hits amidship or that of the bomb going down the funnel uptakes. Numerous shrapnel marks discovered on the superstructure were probably caused by 127 mm rounds exploding due to the heat generated by the burning fires. 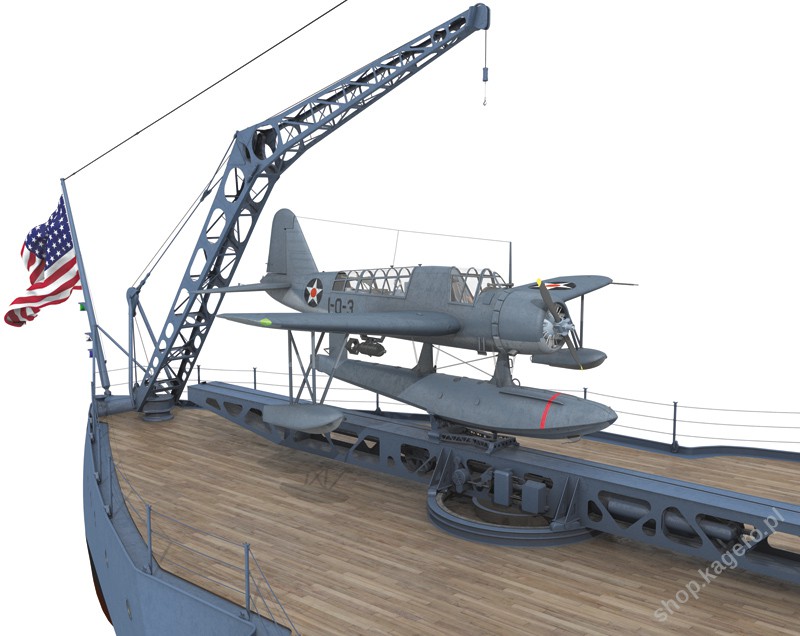 The cause of explosion of the 356 mm main battery guns propellant charges is probably the most controversial. According to the earliest hypotheses, the bomb explosion may have caused the fire of the aviation gasoline tanks located in the forward section of the battleship‘s hull. The burning gasoline, would have ignited the propellant charges causing the explosion. However, the gasoline tanks were located far from the forward armoured bulkhead, which would have easily stopped the blast of explosion and fire from reaching the magazines. Moreover, no deck bulging was detected in the proximity of the gasoline tanks, which would have been the case, if there had been an explosion.
One of the most popular hypotheses explaining the causes of the explosion assumes that the bomb failed to penetrate the armoured deck and exploded above. The blast of the explosion reached the magazines of the extremely fire-susceptible black powder located below through an open hatch. Its fire was to ignite the main battery gun propellant charges and lead to their explosion.

However, this hypothesis has two weak points. Firstly, separate ignition black powder charges, which were supposed to ignite the propellant charges, were not longer in use at the time of the attack. Instead, the more modern combined propellant charges with integral black powder charge in the bottom section of the bag were used, which eliminated the need for separate storage of ignition charges. Secondly, the hypothesis assumes that despite the fact that the anti-aircraft alarm was raised on board the Arizona as soon as 7.55 a.m. (3.25 a.m.), immediately after first Japanese dive bombers had been spotted over Ford Island and even before the signal “This is no Drill!” signal had been sent, her crew did not men the battle stations or secure the hatches for the whole 10 minutes before the fatal bomb hit! 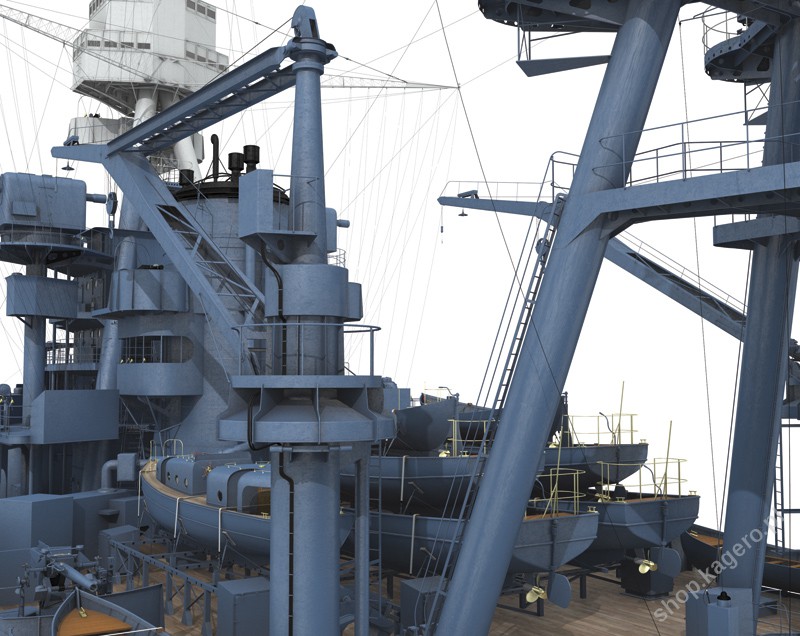 The hypothesis presented above questions the ability of Type 99, No. 80 bomb to penetrate all four decks of the Arizona, including the armoured deck. However, according to the Japanese calculations, when dropped from the altitude of 2500 m, the bomb was able to penetrate 150 mm (5.9-inch) MNC armour plate. It must be remembered that the bombs were dropped from a higher altitude during the attack and therefore had greater kinetic energy. Theoretically, in that situation they were able to penetrate even 178 mm (7-inch armour plate).

Nevertheless, the fate of the battleship was sealed within less than seven seconds from the second bomb hit and merely 33 seconds after it has been released by the Nakajima B6N2 bomber leading the squadron of five level bombers from the aircraft Hiryu. The burning battleship, veiled in clouds of black smoke was not attacked again by the Japanese aircraft of neither the first, nor the second wave of the raid. What is worthy of attention, is the fact that in the report prepared by Fuchida shortly after the attack on Pearl Harbor, he classified the Arizona as moderately damaged, while the Vestal (described as a tanker) was considered sank. 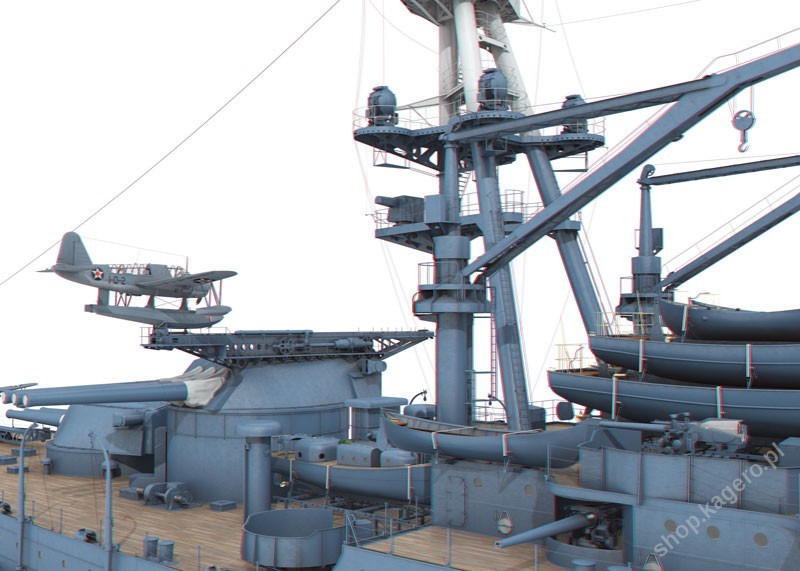 Nowadays, the wreck of the Arizona remains on the bottom of Pearl Harbor, where she sank at the quay F-7. During the war her superstructure, masts, cranes and main battery gun turrets (apart from the collapsed gun Turret 1), as well as her secondary and smaller calibre guns were removed. During the low tide some of the hull features are visible above the surface. A white memorial was erected across the wreck’s midship to honour the seamen and other victims of the attack on Pearl Harbor and as well as those fallen during the war in the Pacific.