On 18 June 1935 a bilateral agreement between Great Britain and Germany, which set German naval strength at a ratio of 1/3 of the size of the Royal Navy was signed. Hence the Germans were allowed to maintain the fleet of the tonnage of 421,000 tons.

It enabled the construction of 5 warships, 2 -3 aircraft carriers, 5 heavy cruisers, 5 light cruisers and 28 destroyers. Soon after the agreement had been signed the construction of two battleships and two so-called “Washigton” heavy cruisers, provisionally named “G” and “H”. The cruiser “H”, later named Admiral Hipper was built in Blohm&Voss shipyard in Hamburg. The ship was laid down on 6 July 1935 and launched on 6 February 1937. On 29 April the ensign was raised.

The ship had 3 turbines made by Blohm&Voss, rated at 132,000 hp of design power. Superheated steam was supplied to the turbines at the pressure of 85 atmospheres and temperature of 450 degrees Celsius from 12 La Mont type boilers. The turbines were mounted in two rooms and the boilers in three. The fuel reserve was 3,050 tons (after the modernization 3,700 tons). The range was 6,800 NM at 19 knots and 3,000 NM at 30 knots. The maximum speed was 32.5 knots. The ship had three propellers of 4.10 m diameter (initially 4.32 m). 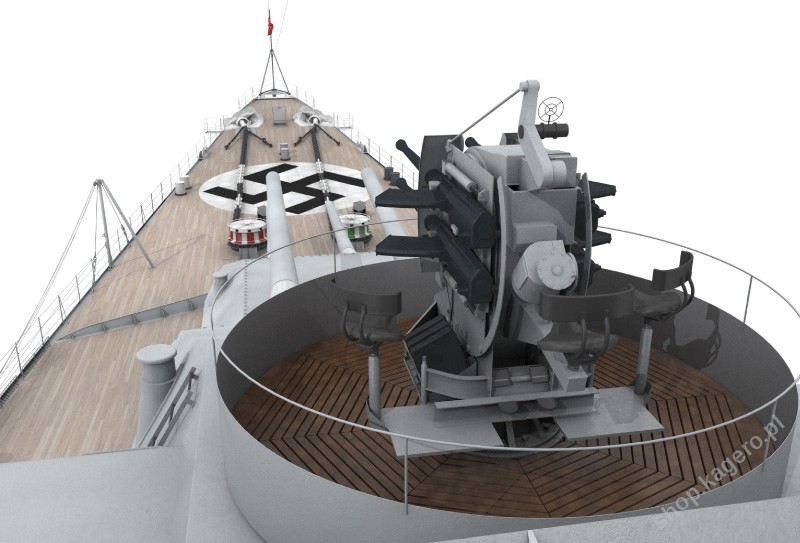 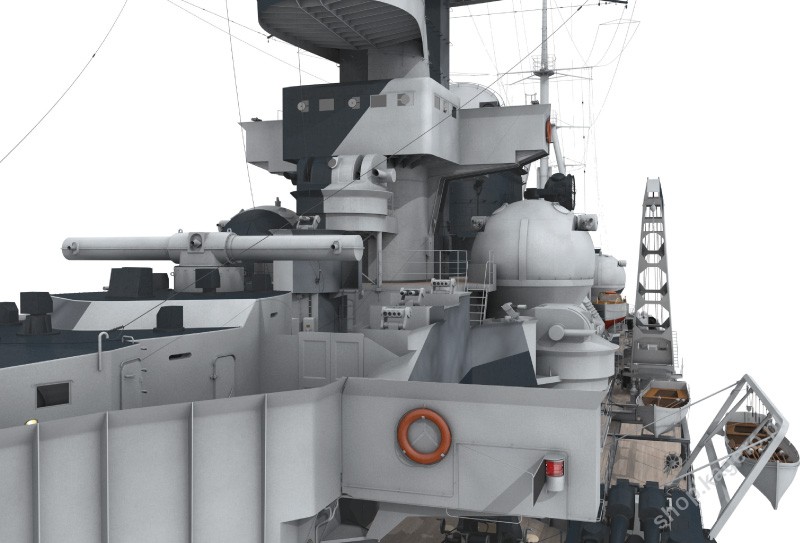 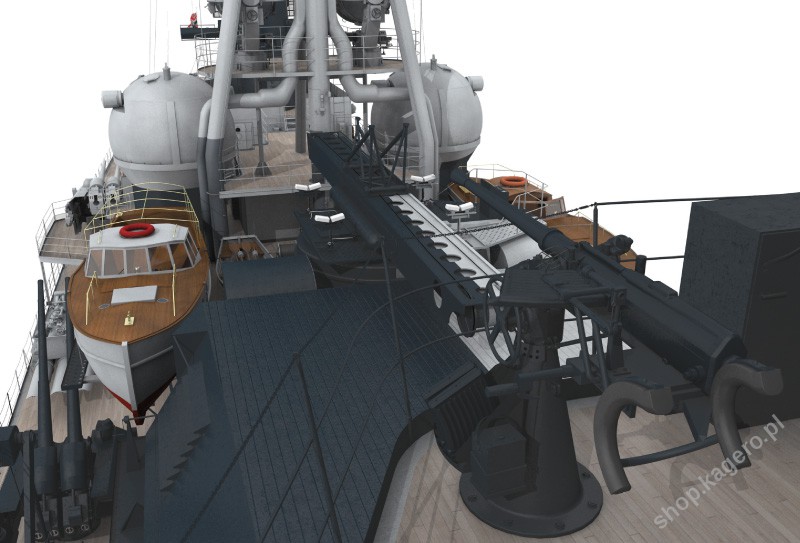